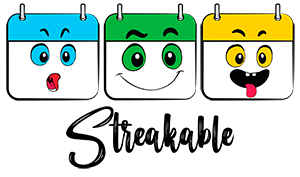 Streakable is a Ruby gem to track consecutive day streaks :calendar: on your Rails/ActiveRecord models. Hard fork of has_streak by Garrett Martin with a different include interface and more features. Requires Ruby >= 2.1 and ActiveRecord >= 3.2.22.

Let's say I have a User that has_many posts:

I want to track how many days in a row that each user wrote a post. I just have to include streakable in the model:

Now I can display the user's streak:

The streak instance method can be called with any association:

And you can change the column the streak is calculated on:

Don't penalize the current day being absent when determining streaks (the User could write another Post before the day ends):

Find the longest streak, not just the current one:

To get all of the streaks, not just the current one:

Make sure the specs pass, bump the version number in streakable.gemspec, build the gem with gem build streakable.gemspec. Commit your changes and push to Github, then tag the commit with the current release number using Github's Releases interface (use the format vx.x.x, where x is the semantic version number). You can pull the latest tags to your local repo with git pull --tags. Finally, push the gem with gem push streakable-version-number-here.gem.