Vapor is a command-line utility that allows you to view and connect to Source game servers (Team Fortress 2, Counter-Strike: Source, etc.) as well as keep tabs on your Steam friends. Instead of launching Steam, followed by TF2, to see if it's worth joining your favorite server, you can just run vapor server list to see how many players are online and what the current map is. Then you can connect with vapor server connect [server alias]. 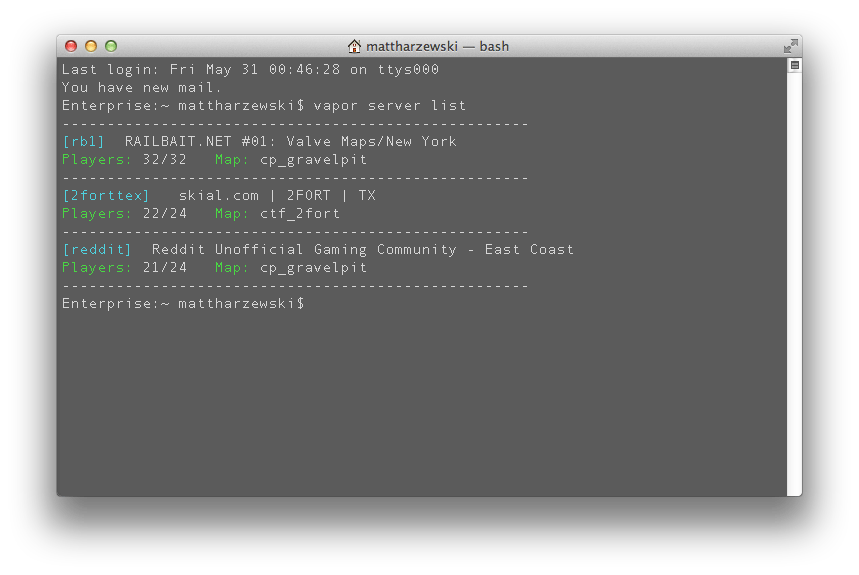 First, ensure that you have Ruby 1.9.x installed. (Vapor was written on Ruby 1.9.3.) You also need to have RubyGems. With those prerequisites aside, installation should be a simple matter of:

Note: For the most accurate command listing, use the vapor command's built-in help function.