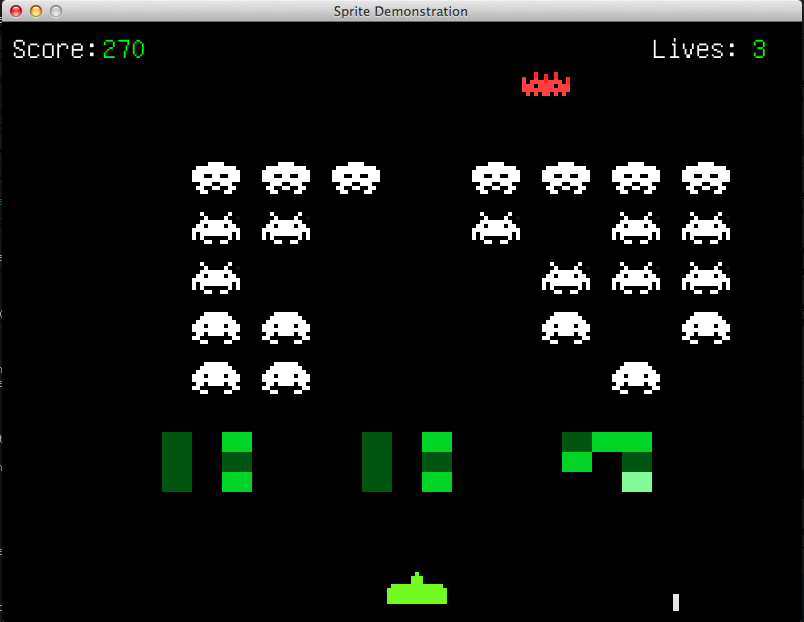 The game is packed as a gem, so you can simply run:

Or you can clone the repo and simply run the main file:

If you have problems installing the game, you're probably missing some OS specific libraries that Gosu uses. For further information checkout:

Thnx to people at RubyWeekly for publishing awesome stuff every week, such as Mike Moores talk on LA Ruby Conference about creating games with Gosu.

Graphics partially taken from How to make games in iOS.