RetroFlix is a frontend to download and manage legacy & retro applications and launch them using their target emulators.

Currently only one game db and a handfull of systems are supported, but more may be added at some point, depending on interest.

Important: This software should only be used for Legal purposes, inorder to retrieve copies of applications which the user already owns or otherwise has a legitimate license to / rights to use.

RetroFlix is built as a Sinatra web service and shipped as a rubygem. To use it you will need to install the underlying dependencies.

Note I was able to install and run RetroFlix on a Raspberry PI running Rasbian Jessie 4.4 after installing the latest stable ruby version via rbenv.

Setup of that is outside the scope of this article but after ruby 2.4.1 is installed and activated, the Ubuntu instructions can be followed.

Install the actual application with:

Note the --user-install flag is specified so as to install RetroFlix and gem dependencies to your user's home dir. Use the following command if you wish to install the application systemwide:

Simply launch the application with:

And navigate to http://localhost:4567 to download and manage games!

Note if you get an error stating rf command not found, most likely your rubygems binary path needs to be added to your run path. To do so, run the following command:

(replacing 2.3.0 w/ the version of Ruby you have installed locally)

Inorder to play games you will need to download the emulator for the corresponding systems.

Currenly the default emulators are:

If these are not available on your system, copy the Config File to ~/.retroflix.yml and edit it to reference the emulators you have locally. 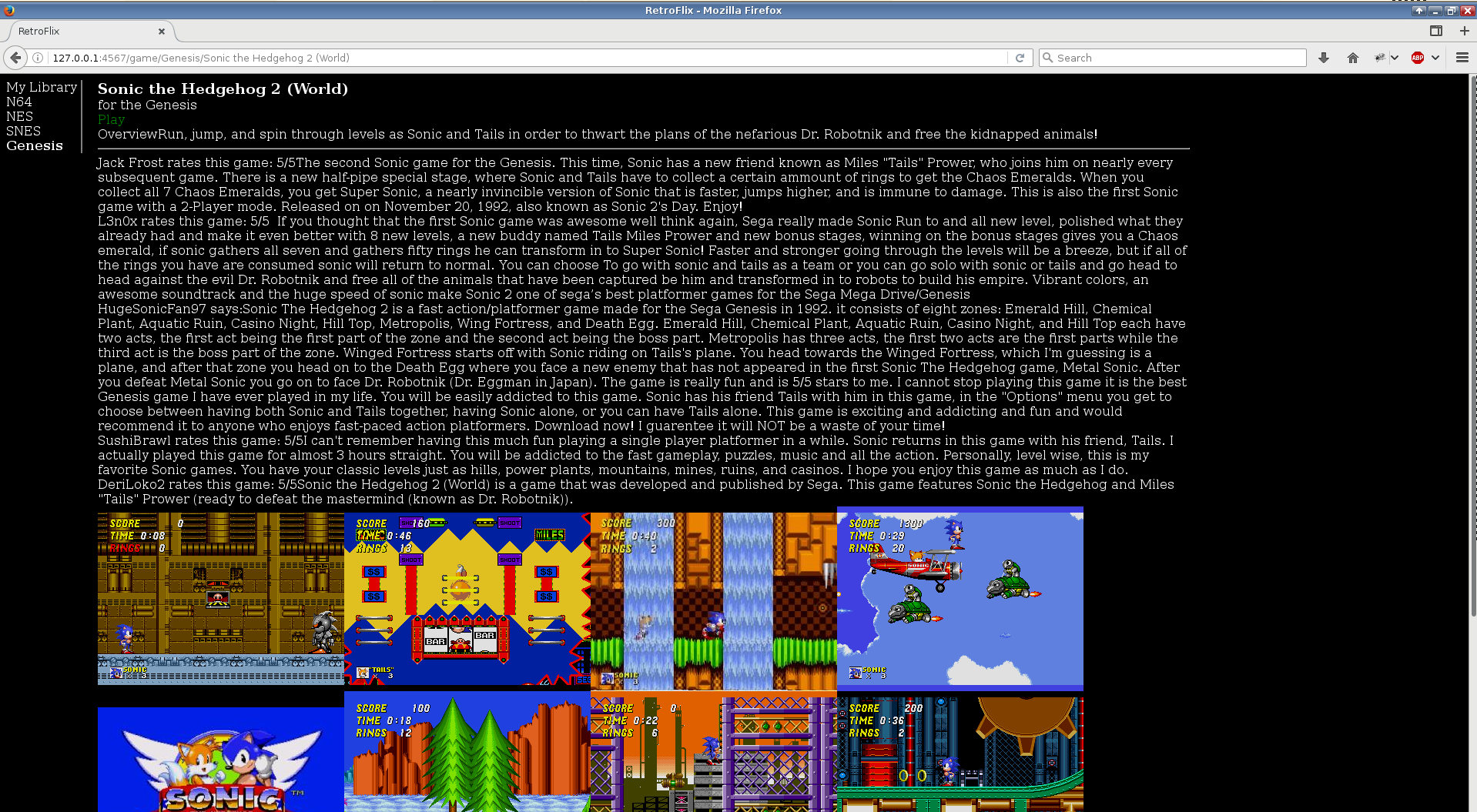 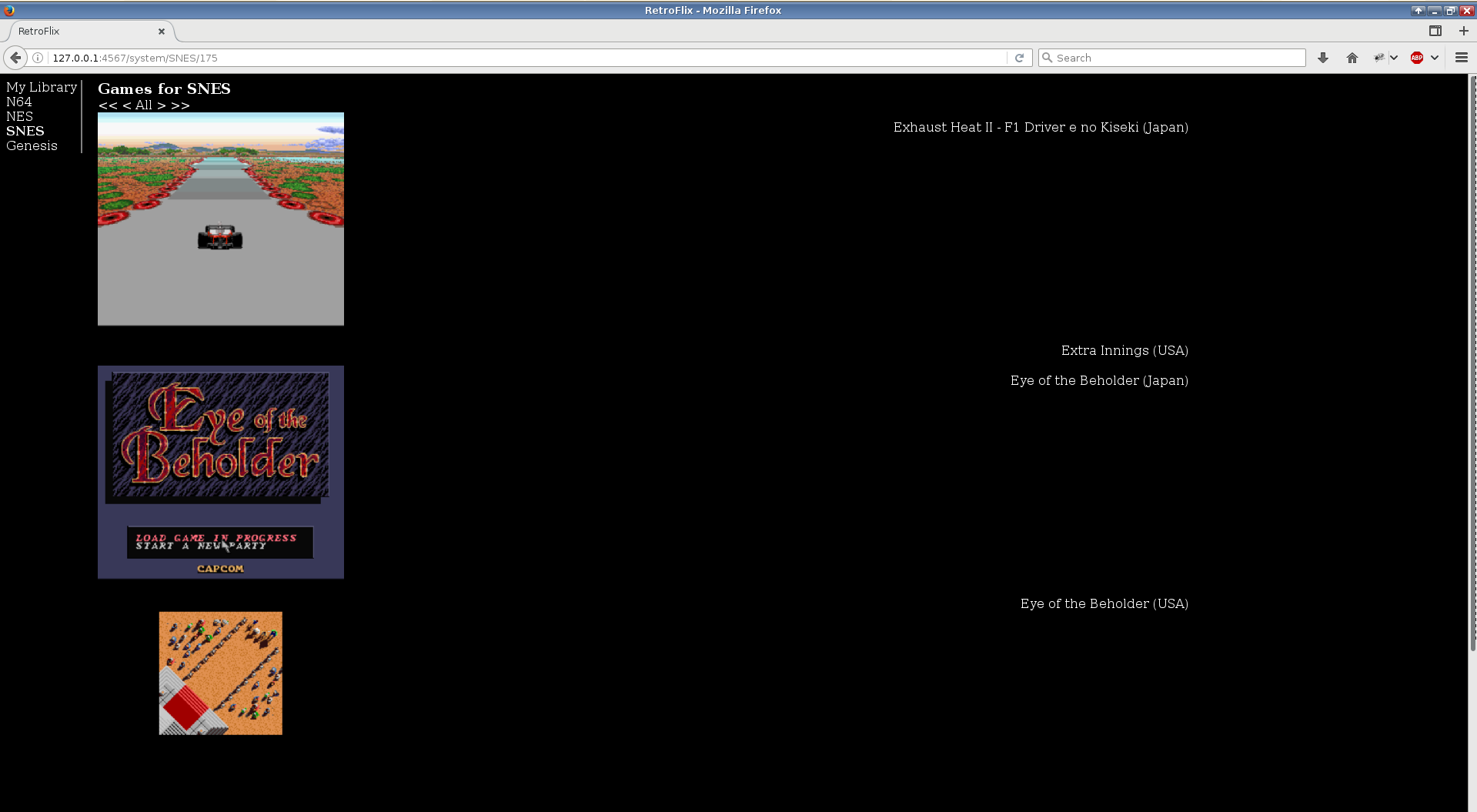 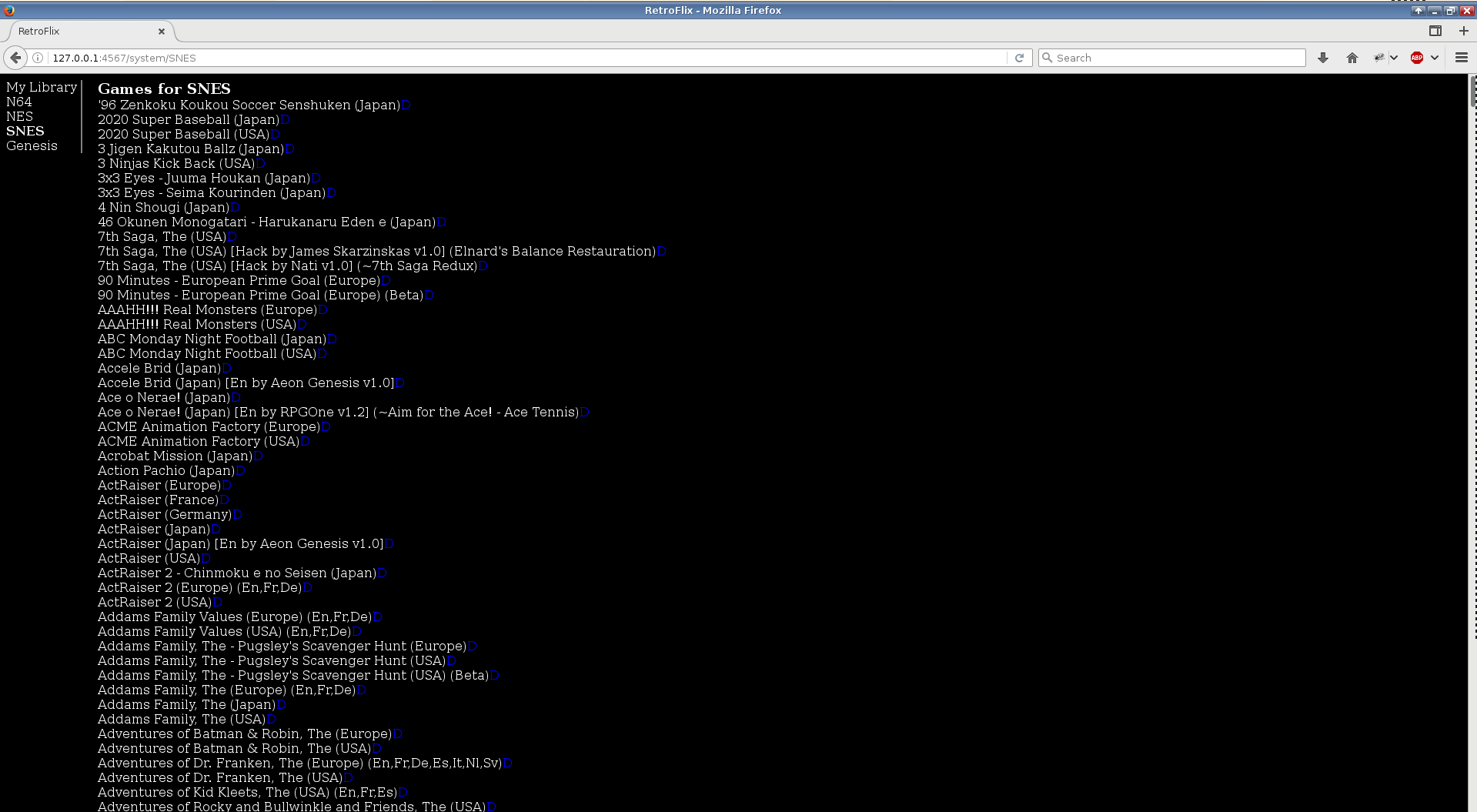