Why should you care about this kind of complexity? More complex code tends to attract bugs and to increase the friction around extending features or refactoring code.

These are screenshots of the -f html output. First, the overall project summary: 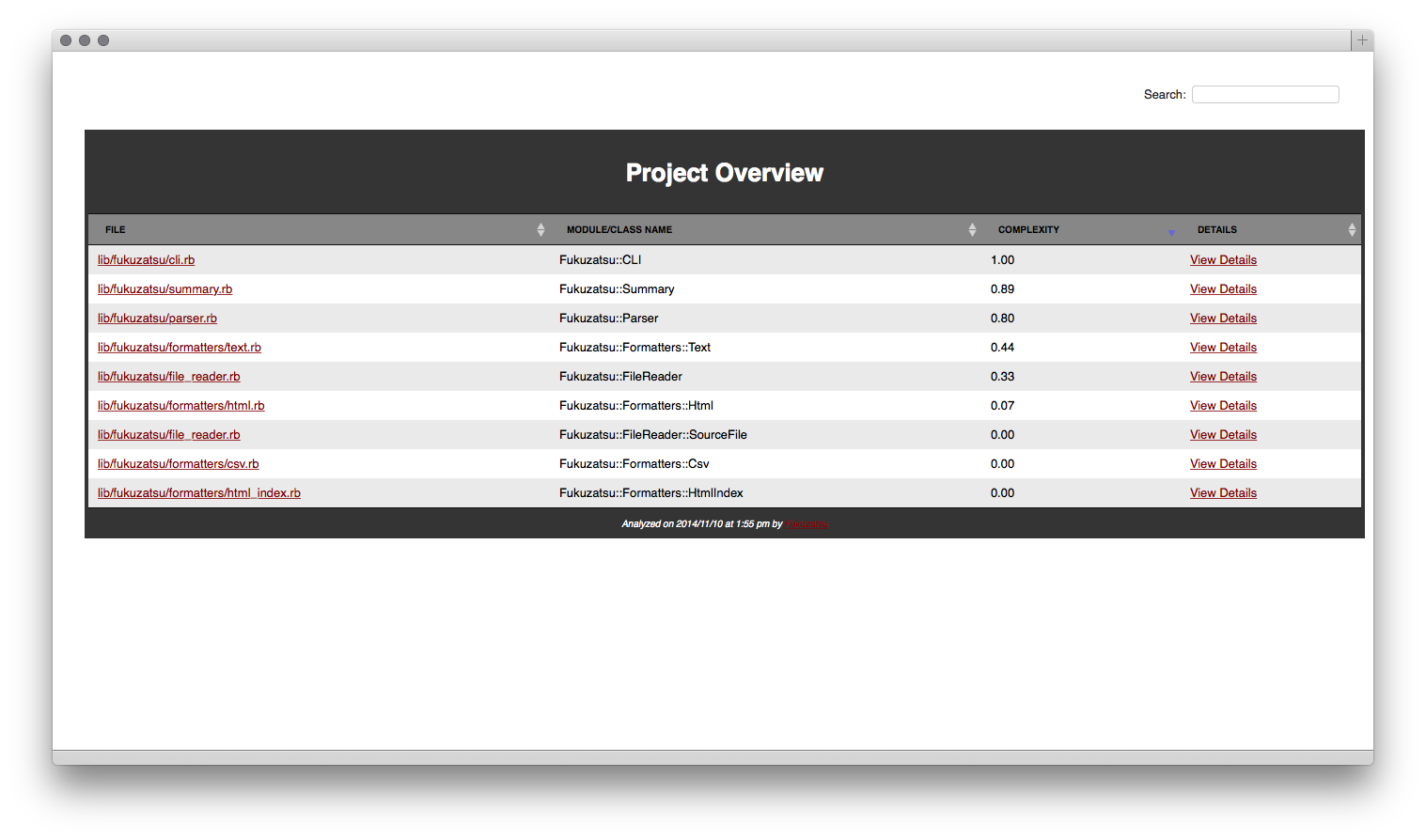 Then the detail view of a single class: 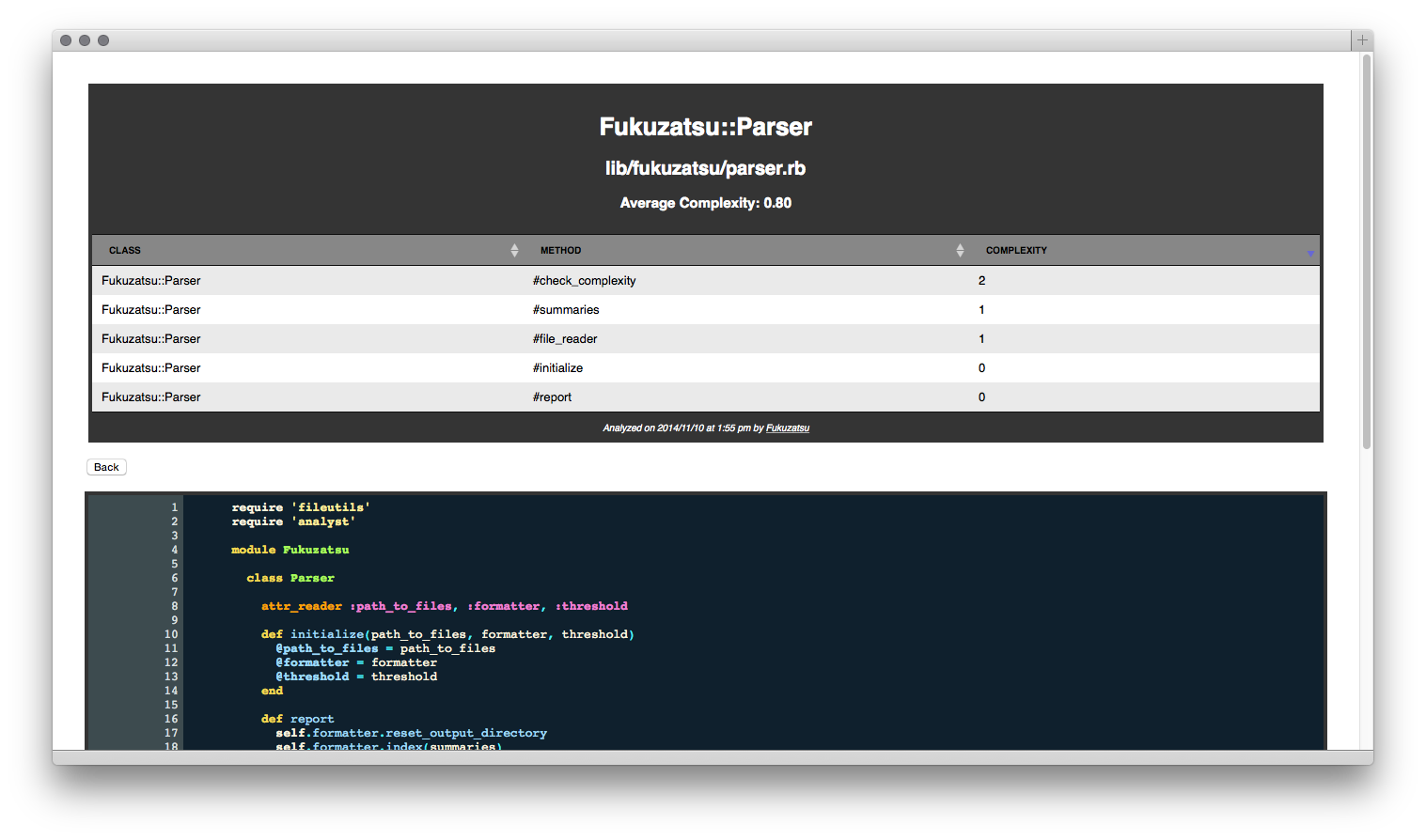 This installs the CLI tool.

Please note that this project is released with a Contributor Code of Conduct. By participating in this project you agree to abide by its terms.