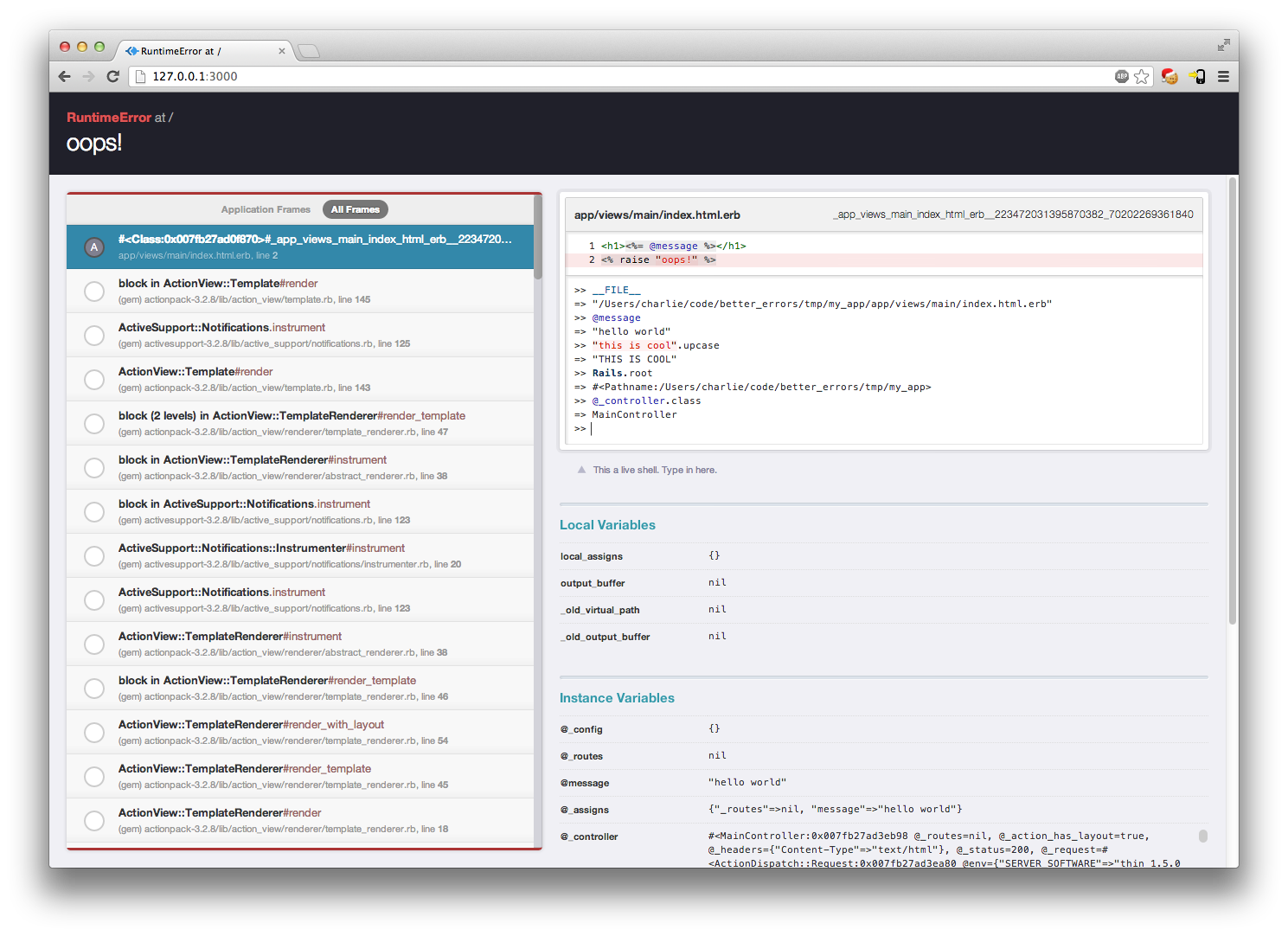 If you would like to use Better Errors' advanced features (REPL, local/instance variable inspection, pretty stack frame names), you need to add the binding_of_caller gem by @banisterfiend to your Gemfile:

This is an optional dependency however, and Better Errors will work without it.

You will notice that the only machine that gets the Better Errors page is localhost, which means you get the default error page if you are developing on a remote host (or a virtually remote host, such as a Vagrant box). Obviously, the REPL is not something you want to expose to the public, but there may also be other pieces of sensitive information available in the backtrace.

To poke selective holes in this security mechanism, you can add a line like this to your startup (for example, on Rails it would be config/environments/development.rb)

Note that the allow_ip! is actually backed by a Set, so you can add more than one IP address or subnet.

Tip: You can find your apparent IP by hitting the old error page's "Show env dump" and looking at "REMOTE_ADDR".